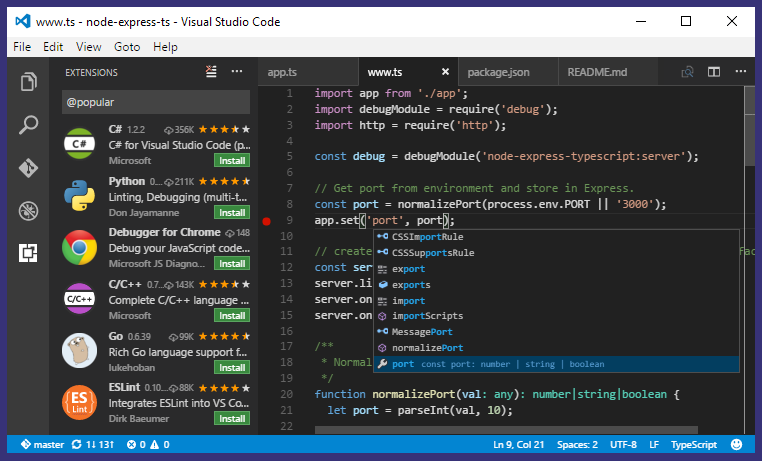 A while back in 2016 or so I published an article over at Pluralsight about 15 editors that at the time were on my top list of editors. I mostly used Atom.io for my projects and felt it was pretty easy to use and had the flexibility to become robust enough for most projects.

However recently I decided to bite the bullet and try out Microsoft’s Visual Studio Code (vscode). I have to say that I am actually pleasantly surprised. I decided to try it because of my new found love for TypeScript and Angular, and vscode seemed to be the best ‘free’ option to support TypeScript.

Out of the box it works great for simple TypeScript projects, and the integrated terminal works excellent on both MacOS and Windows. However I find that VSCode truly shines when you add a few extensions to it. I’ll list those out here below and go over them quickly.

Since I’m apparently doing lists now, here is a list of things that I like about VSCode

I’ve been able to work with Angular projects like never before with VSCode, and it looks like I have found my new favorite editor. If you haven’t tried it out yet, do yourself a favor and go check it out!